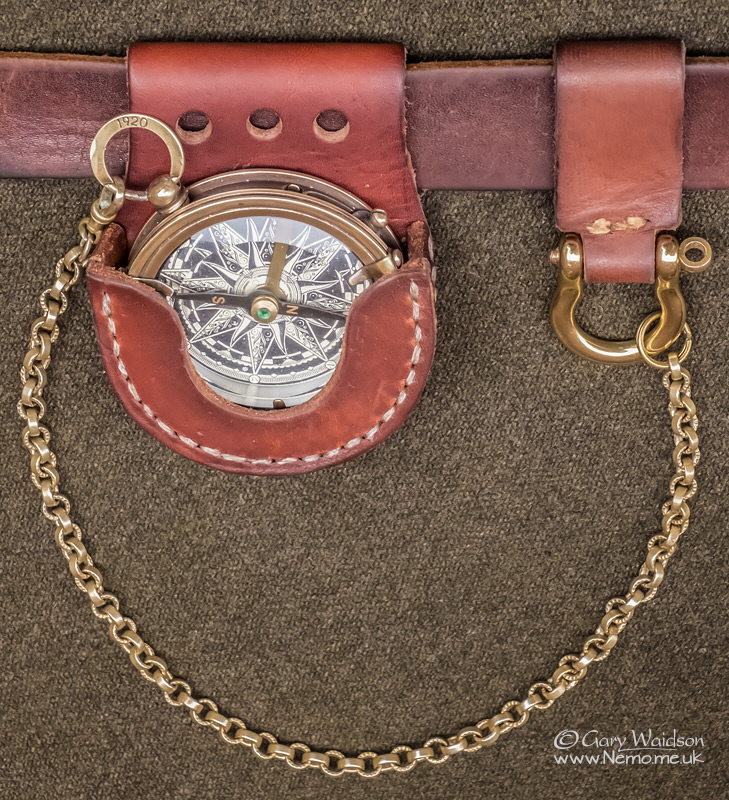 It may just be me but I rarely buy anything these days without thinking it could be improved in some way.

Take for example this replica of a First World War soldiers compass. Don’t get me wrong, it’s a nice reproduction, but it was a bit rough round the edges when it arrived so the first thing to do was rub down all the sharp edges without attacking the nice patination that had been applied.

The thick bevelled glass appeared to be scratched but it turned out to be a smear of glue? Where from? There was nothing on this compass that had ever been glued so that must have come from somewhere else entirely? That came off with a gentle bit of polishing.

The screwed on ring holder was only hanging on a couple of threads. Certainly not safe so that had to be sorted out by a bit of file work allowing the pommel to screw down in between the raised edges. On closer examination the ring was just pressed together so a bit of soldering to fill the gap on that was in order too.

Having stripped the compass down to do all of this I thought the face could be a bit more interesting. A bit of work with CorelDraw and Photoshop and while this takes it away from being a reproduction it does give me something a little more personalised.

I suppose there’s not much point in all this work if it’s never going to be seen so out comes the scrap leather bag and a few tools to make the case. Something that fits on a belt but doesn’t hide it away too much.

An old watch chain for safety, attached to the belt with a brass shackle and there we have it.

Of course, some people would have been happy enough with it as it came but adapting and modifying stuff is one of the things I really enjoy about Steampunk.