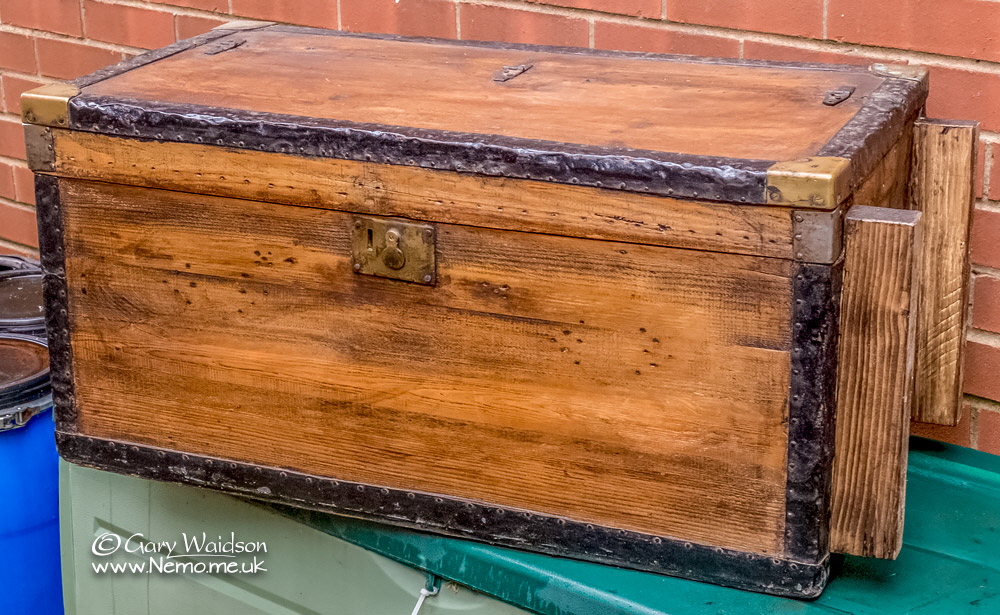 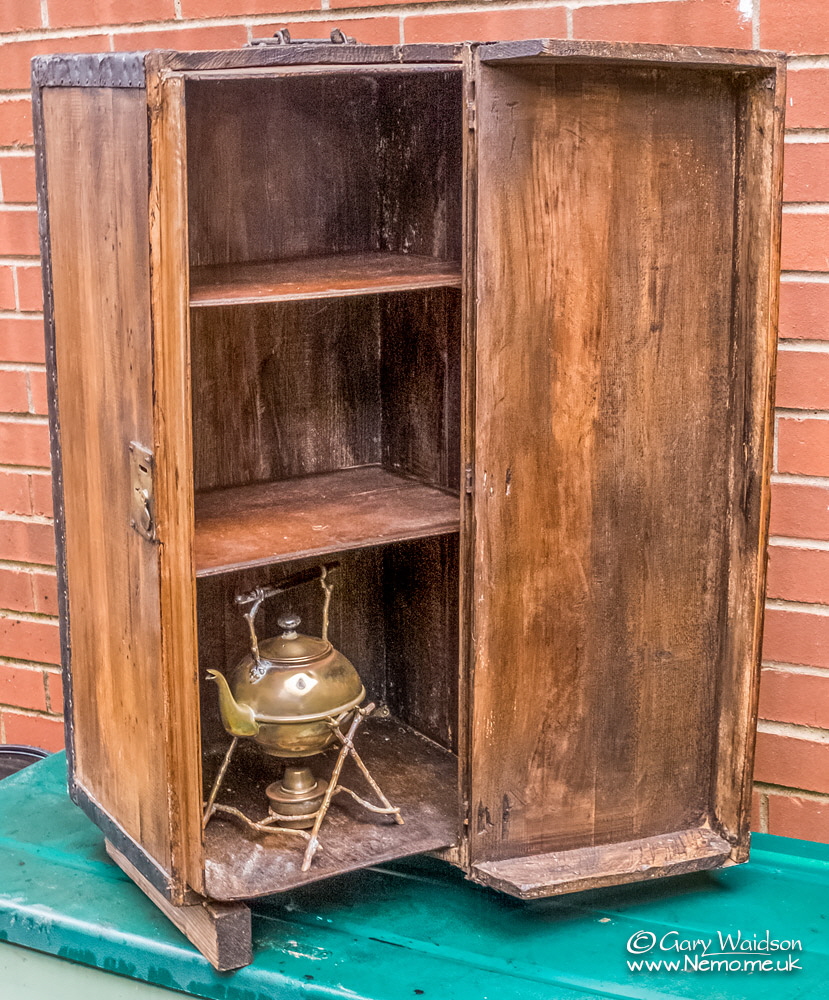 This isn't going to win any beauty prizes but I've had this old trunk sitting in my garage for a couple of decades and I thought it might have a use for Steam Tenting.

I've always loved the campaign furniture of the late 19th/early 20th century but most of it is way out of my budget so I'm adapting some stuff to create the same sort of  feel.

First thing was to fix a couple of batons on the end to lift it off the damp ground. This is something I have learned is really  important over many years using boxes on historical camps.

The next job was to fit some batons on the inside to support a couple  of removable shelves. This means it can still be used to store and  transport larger stuff to and from camp.

A bit of wax on the wood and a couple of replacement edge brackets where they have been lost.  I'll probably put some hooks in the lid for hanging things but otherwise I think it's good to go.