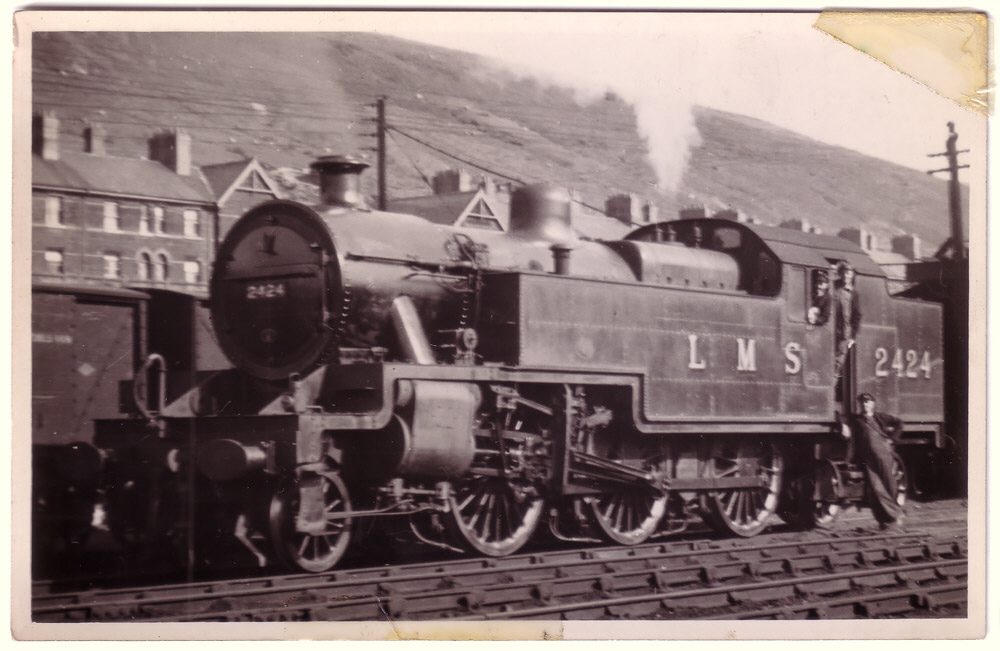 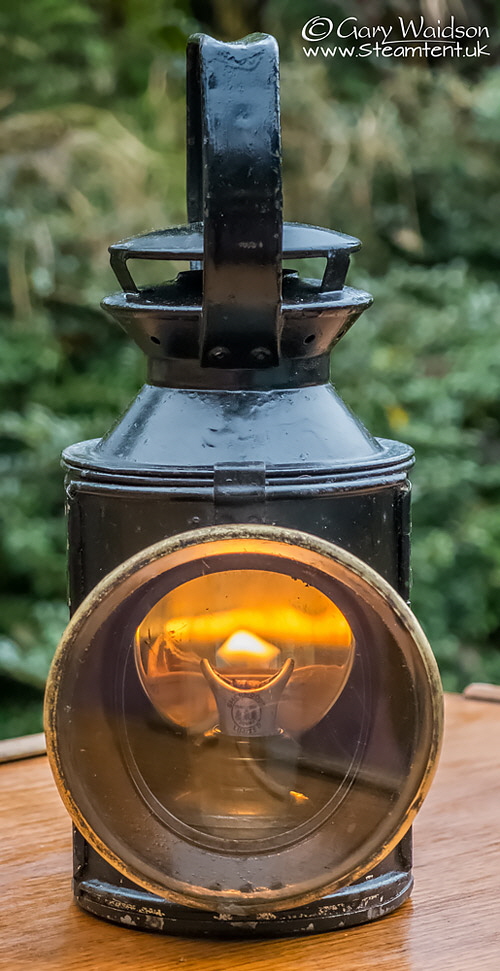 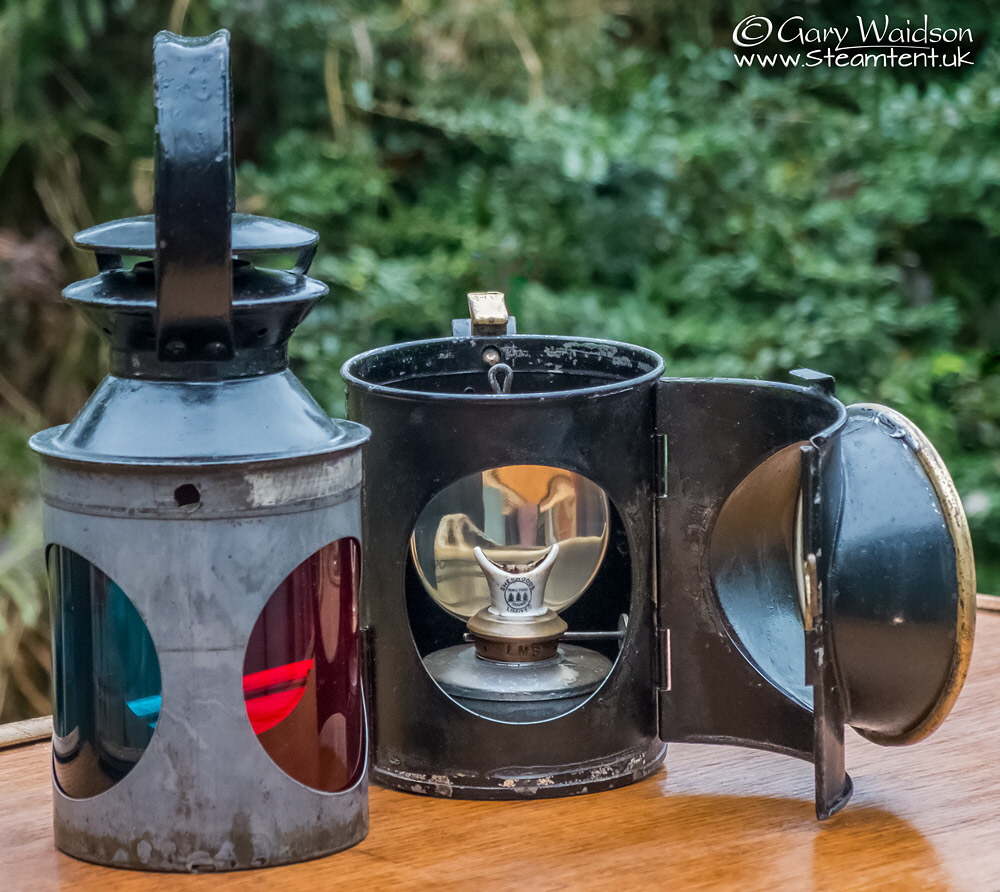 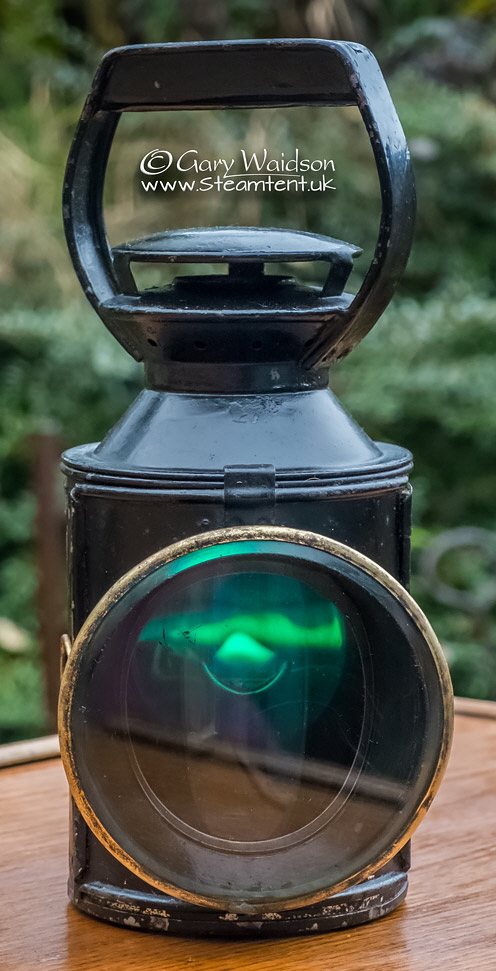 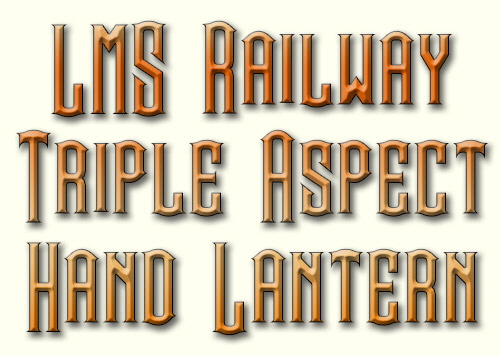 I like a good lantern. There is an atmosphere created by the light of an unpressurised paraffin lamp that is gentle on the eyes.

I can appreciate that if I was in a medical tent undergoing surgery of some kind then I would much prefer it done under bright lighting, but for normal use around camp I think softer light is far better than that which blazes out from modern gas or electric lamps.

My Grandfather worked on the London Midland and Scottish Railway driving LMS 2424, the last built Fowler 2-6-4T Locomotive that was employed as a banking engine to assist trains climbing Shap Bank out of Tebay Junction.

Sadly he died before I was born so I only knew him through a few scattered photographs and the stories told by those that knew him.

When Rob told me he had a couple of these lanterns available for purchase I asked if any of them were from the LMS.   Fortunately for me he had this example which was in good general condition but in need of a bit of fettling up.

What you find inside is a set of three coloured filters that rotate in front of the burner unit to change the light colour for signalling.

In this lantern, the front glass and all the filters were intact, there was a little surface rust in places but the biggest job would be stripping the naff silver paint that some previous owner had covered the removable burner and reflector with.

The rust was stabilised with a wire brush and a coat of Waxoyl and some paint stripper and wire wool shifted the paint. I polished up the glassware and revealed the brass fittings by removing a little of the black paint as well.

The reflector appeared to be brass or brassed so a light touch on a buffing wheel soon brought that back to a decent polish.

The filters are actually Blue, Red and clear but the visual effect is Green, Red and White in use and were obviously intended for signalling..

Anyone used to outdoor life will know that red light is very useful a night because it does not destroy human night vision.

As you may know, the retina of the eye is made up of two types of cell, rods and cones.

Broadly speaking,  cones are sensitive to colour and fine detail but only work well in good light, rods on the other hand don't see in colour but do need less light to see. 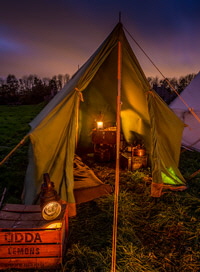 At the Steam Tent Photo Shoot I saw Rob using a Railway hand lamp like this and immediately liked it.

When he showed me how the filter system inside worked, I simply fell in love with it. 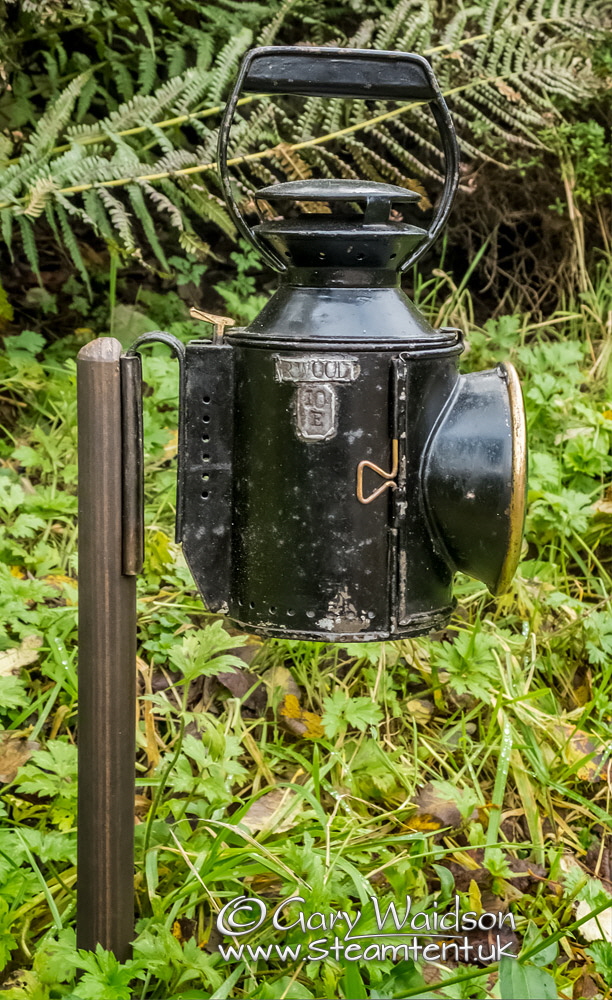 The rods can see in lower light because they produce a substance called  Rhodopsin, sometimes called "visual purple" which is odd because it is actually red in colour.

Rhodopsin is extremely sensitive to light, so much  so that white light actually bleaches the pigment from it and it takes about 30 minutes to regenerate fully. Much of it is actually replaced within the first five or ten minutes in the dark but while it is  depleted the rods do not function nearly as well in low light.

The useful thing to know is that Rhodopsin is relatively insensitive to the longer, red wavelengths of light so using a low powered red light will preserve your night vision as it will not reduce the retina’s  Rhodopsin supply in the rods but it will allow the less sensitive cones to become active and give more detail.

Another related fact is that the cones are most sensitive to the “green”  wavelengths of light so the Blue\Green filter is also useful because the cones can function under very little green light, which because it is relatively weak, does little to deplete the Rhodopsin. 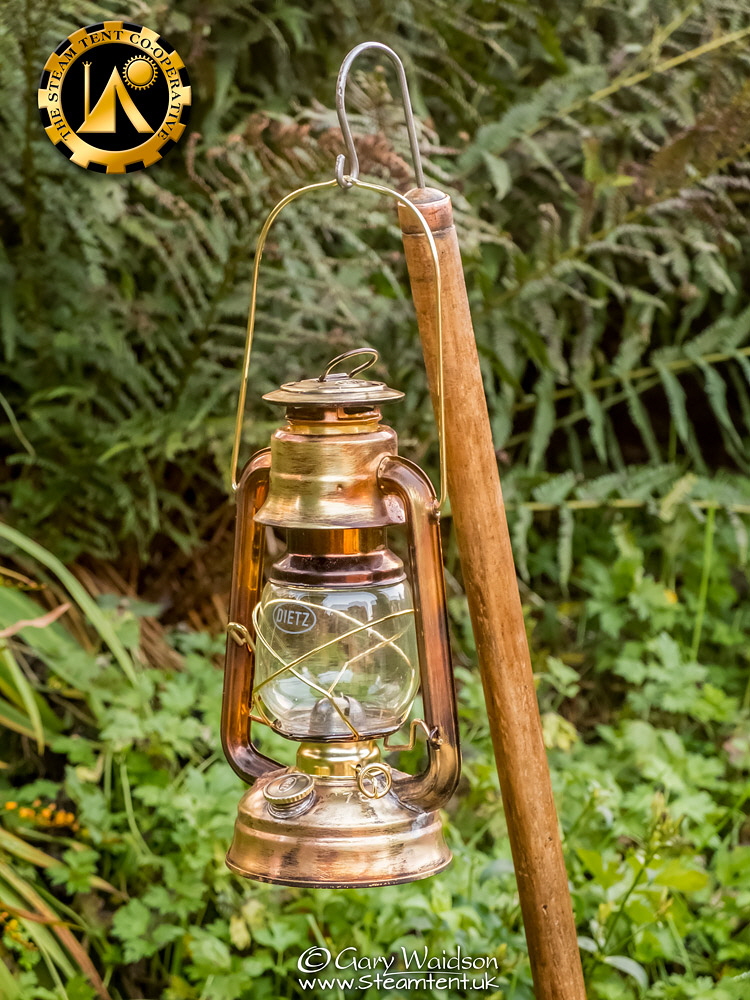 Most of the lighting around camp will usually be provided by hurricane lamps.

Cheap, safe, and efficient illumination  without being over bright.

Flat surfaces are always at a premium around camp so simple lantern sticks are a very useful addition to your kit.

A hook at the top and a spike at the base gives you light wherever you need it.