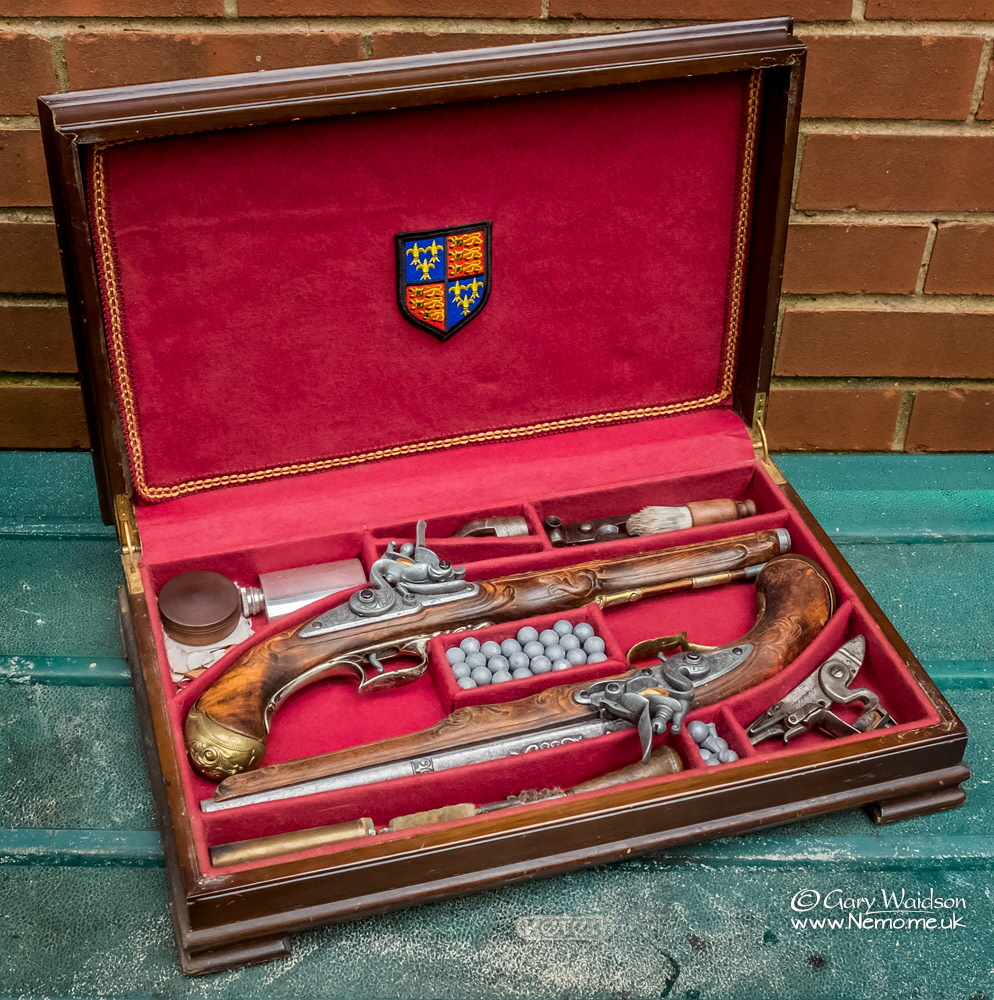 Duelling in Britain was made illegal by Royal edict in 1614 but the last known duel in England was actually fought between two French political exiles in 1852.

I suppose there is something romantic about the concept of a duel that seems to appeal to the Steampunk community. Perhaps it is the idea of a time when poor manners could see a man to his grave instead of having to be ignored so often today.

This duelling set started life as an old cutlery box and a couple of replica flintlocks.  I fitted out the box and upholstered it with some felt I had lying around.

A few boot sale and junk shop finds, including an original lock and bullet mould to finish it off and there you have it.

I have also adapted the pistols to strike toy gun caps for a little dramatic effect.